Expert on bankruptcy in Ukraine: the current procedure allows large debtors to buy their property for no good

According to the National Bank, by the end of I quarter, the loan portfolio of Ukrainian banks amounted to 985 billion USD. Of this amount, about half are problematic assets. In accordance with the Law of Ukraine "On restoring the debtor's solvency or recognizing it as a bankrupt", which regulates the bankruptcy procedure, there is no need for an independent assessment of the sale of assets. But precisely in the bankruptcy procedure, which today remains the most non-transparent and ambiguous in the part of the repayment of bad debts, the most expensive assets are realized, and as a result, the process of returning bank assets back into the system is slowed down. Elena Yermolova, deputy head of the department for work with problem assets, told about how it would be possible to change the situation, improving legislation, during the International Assessment Conference "TEGoVA Days in Ukraine" (TEGoVA - one of the most authoritative associations of appraisers in Europe) Bank Credit Dnepr. 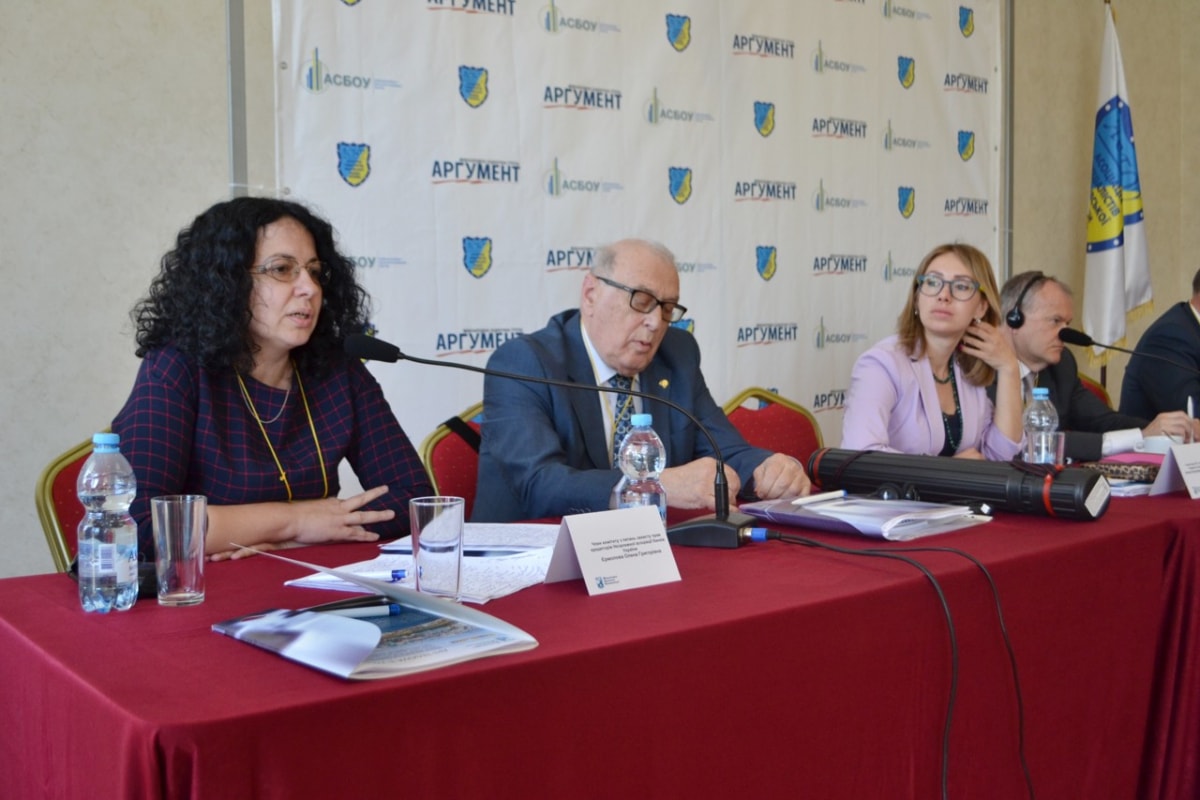 The conference participants are representatives of TEGoVA, Association of Banking Evaluation Specialists of Ukraine, The Guarantee Fund for Individuals' Deposits, the Ministry of Justice, NABU and others. - gathered to find the most optimal ways of integrating Ukrainian appraisers into a professional European community, as well as studying European experience in different areas of property valuation. Olena Yermolova, a representative of Bank Dnipro Credit, a participant in the drafting of the bankruptcy law bill, spoke about the existing problems in his speech.

"The banking system of Ukraine today is trying to bring back about 500 billion UAH of problem loans. According to Ukrainian legislation, the return procedure in many cases requires the need for an independent appraisal of pledged and intangible property. But in the process of bankruptcy, this is not necessary, because the law does not provide this rule, - said Olena Yermolova. - At the same time it is in the bankruptcy procedure that the most expensive assets of troubled borrowers are sold. These include factories, elevators and ports, expensive equipment, land plots, etc., while in extrajudicial and enforcement proceedings, they usually sell objects with significantly lower costs. "

As the banker explained, it is during the bankruptcy procedure that it is possible to face rude facts of corruption, opacity and circuitry. Indeed, in recent years, executive reform and state registration reforms have been initiated and successfully implemented in Ukraine. In particular, everyone can in real time on the site of the NETWORK monitor the progress of electronic bidding property, which implements the executive service. In addition, a system of private executors is created, for registration of property rights to real estate there is no longer a need to apply to state authorities, but it is possible to register without a queue and corrupt schemes the right of a private notary. At the same time, in the part of modernization and improvement of the bankruptcy procedure in Ukraine over the past three years no positive developments have been observed. Often, the property of "bankrupt" is sold opaque and at prices that are not consistent with creditors, including those lenders whose claims this property provides.

"As an expert who is studying this subject and faced with shouting cases in practice, as, for example, selling a few elite apartments in Kiev last year at a price of UAH 1, I can say that the courts are today overwhelmed by litigators' claims about the recognition of sales in the bankruptcy procedure invalid . A significant part of them is the claims of state banks and financial institutions, which are managed by the Deposit Guarantee Fund. In turn, judges and law enforcement bodies are categorically unwilling to pay attention to violations, - stressed Olena Yermolova. - At the same time, the bill of 3132-d approved by the Verkhovna Rada Committee, which provides for amendments to the legislation regulating the bankruptcy procedure, can actually further increase the existing problems. "

The banker noted that first of all, reformation requires the procedure for selling bankrupt property. This applies to the introduction of mandatory transparent electronic auctions, the harmonization of the sale price with creditors, the provision of creditors the possibility of accepting unsold-to-trade property in property for repayment of debt. According to the expert, these legislative changes will enable the state not only to improve its indicators in the direction of protecting the rights of creditors, but also to avoid significant losses in the process of recovery of debts of liquidated and state-owned banks.